As a member of the amyloidosis community, we consistently engage in conversations with patients across a variety of forums. One constant among these patients is a desire for more knowledge. We want to learn about symptoms, treatments, and how we are all impacted by this disease. To get some answers, Mackenzie’s Mission created a series of online questions. We heard from 575 respondents. Here are their answers.  Disclaimer: we are simply reporting the data as submitted. 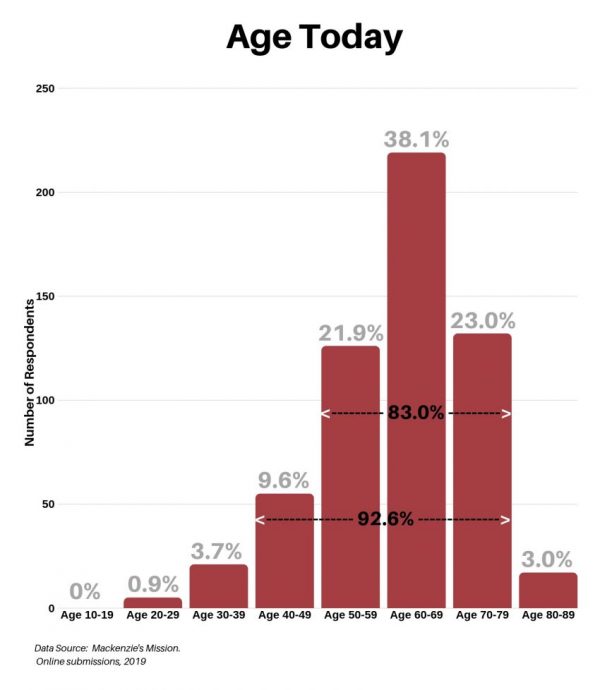 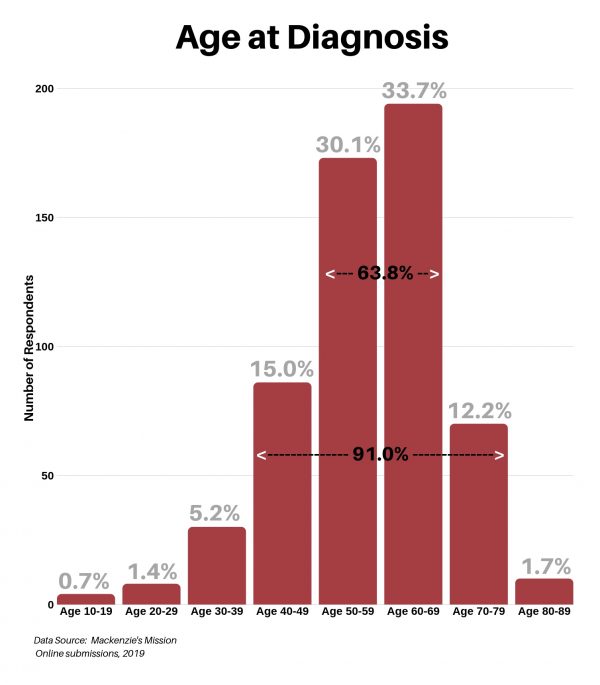 The gender of respondents was somewhat balanced, with 54.5% female and 45.5% male. 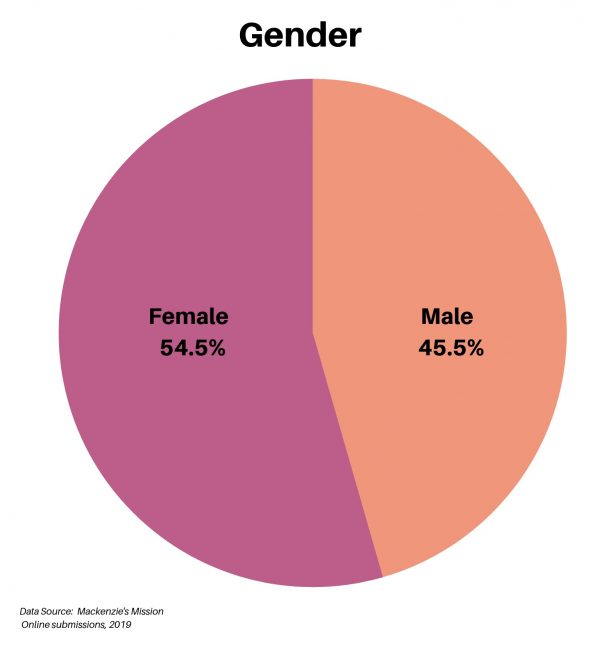 The respondents currently live in 25 countries/areas around the globe, with 82.09% from the United States. 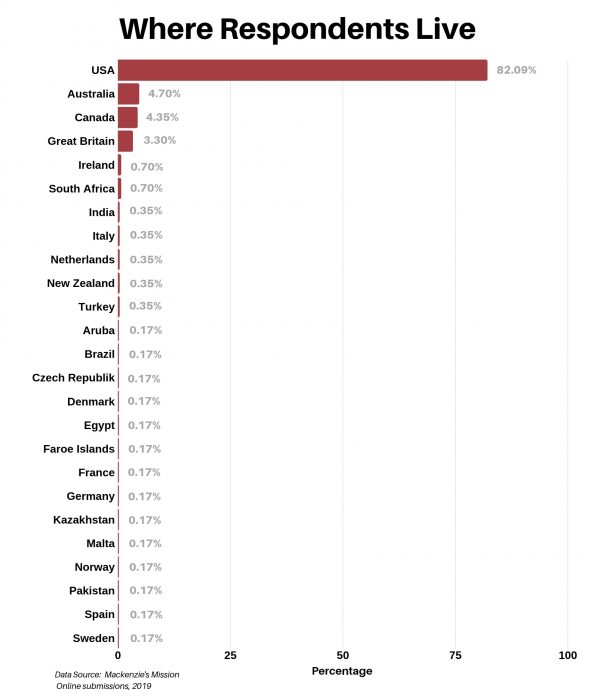 The types of amyloidosis were also diverse, including Primary/AL, hATTR, ATTRwt, Localized, and Secondary/AA.  About 3% of the respondents were types outside of these, or unknown. 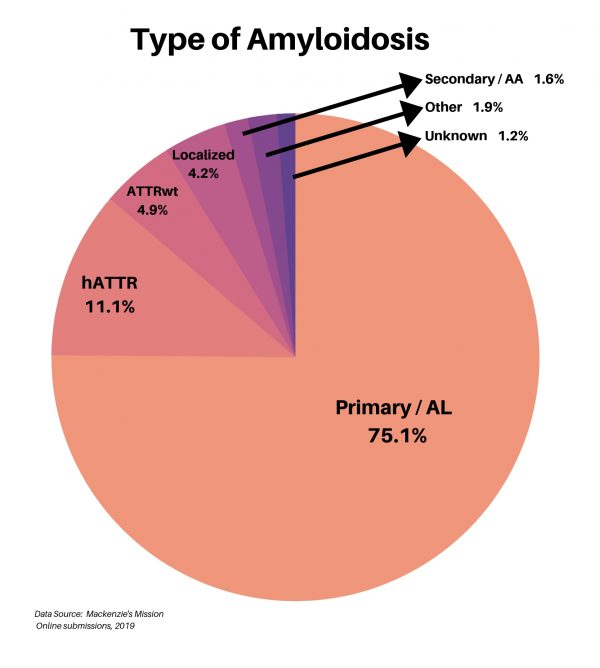 When asked about the number of organs affected, the majority at 56.5% had two or more, followed by 36.7% with one organ involved. A small 6.8% had no organ involvement. 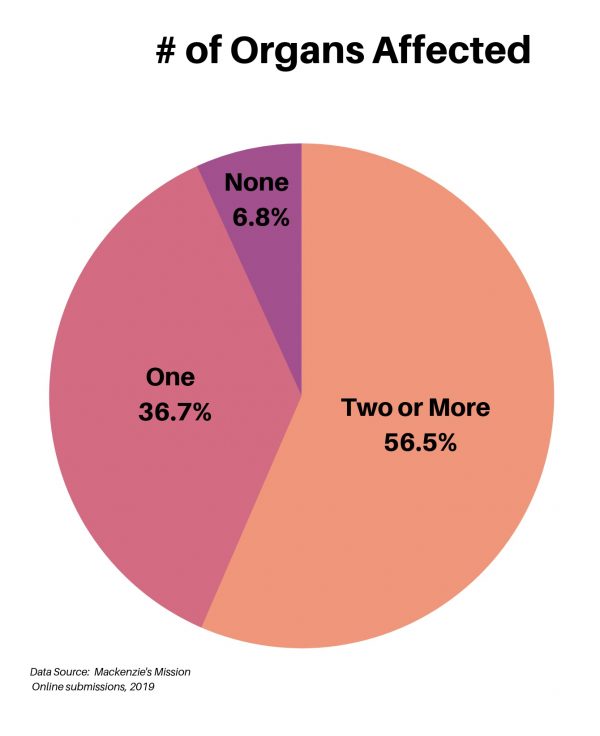 Next, we asked the respondents for specifics as to which organs had been affected by the disease. The heart and kidney were the most common, with the GI Tract and Nervous System coming in similarly at third and fourth. Fewer respondents listed problems with the liver, lungs, spleen and larynx. In addition, there was a surprisingly long list of other involvements filled in, each receiving just one tally. 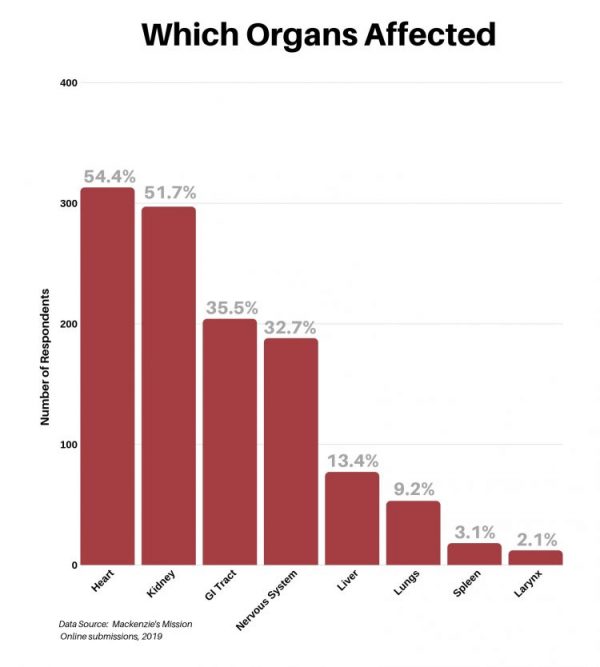 The next four questions focused on the specialty of doctors that patients had visited, and the time to diagnosis.  We first asked how many doctors each respondent saw before getting a diagnosis. It is interesting to see how evenly it is spread across the selections. 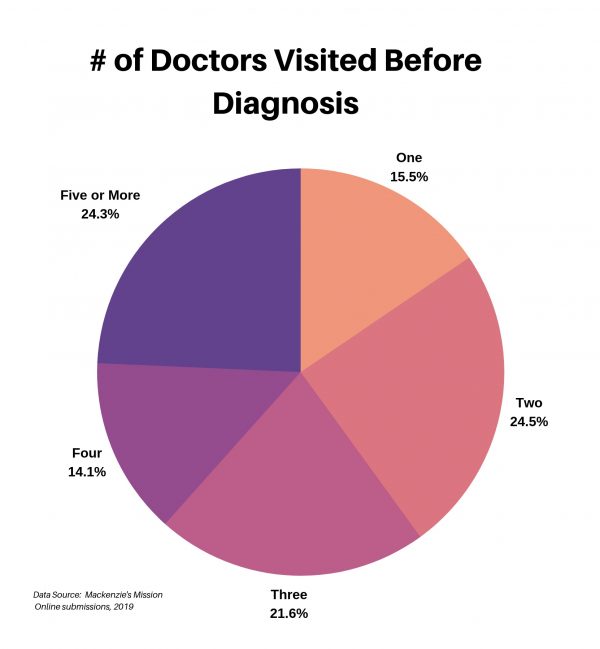 We then wanted to know where their journey began. What was the specialty of the first doctor the respondent visited?  It was not a surprise that the majority of responses, at 53.9%, named their PCP/Internal Medicine as their first stop. 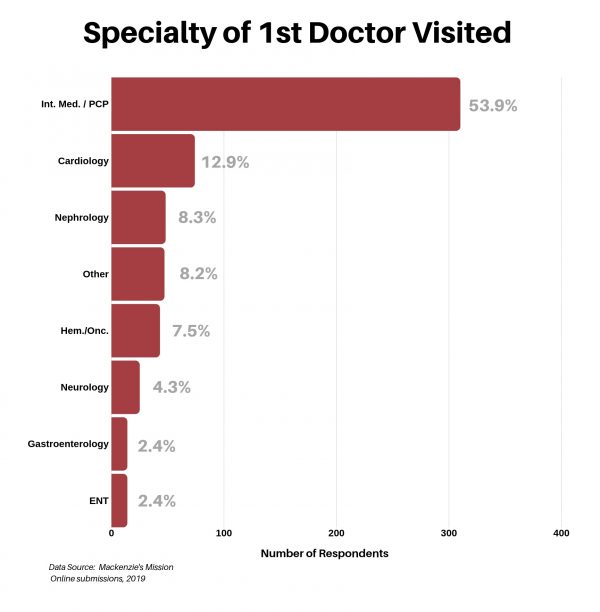 The next question was to determine what type of doctor made the amyloidosis diagnosis. The data seems to indicate that while PCP/Internal Medicine was the first point of inquiry at 53.9%, they arrived at a diagnosis only 1.9% of the time. Thus, referrals to specialists were key to getting a diagnosis, with nephrologists, hematologists/oncologists, and cardiologists the front runners at an aggregate of 72.9%. Having said that, per the earlier chart, it took many specialists to arrive at the answer. 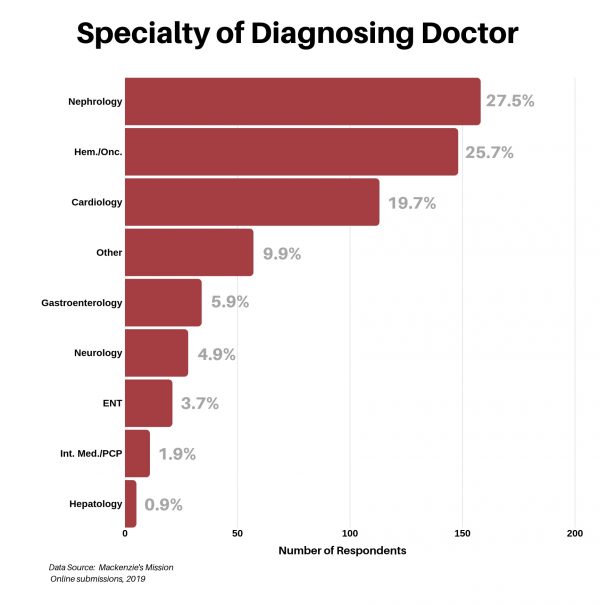 Next, we wanted to know how long it took to get a diagnosis. We were surprised to learn that 50% of respondents said they received a diagnosis within the first six months, especially given the number of doctors visited to arrive at the diagnosis. 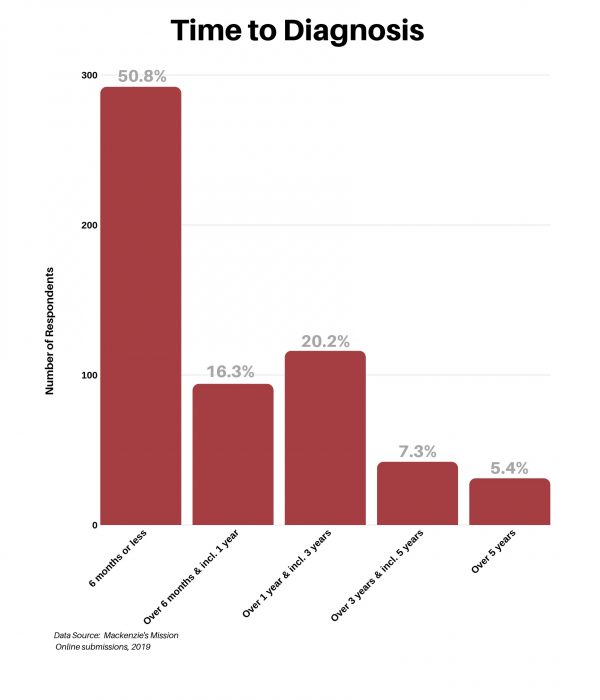 We then asked respondents to list all symptoms they experienced. The dominant symptoms were fatigue and shortness of breath – 64.2% and 53.7% respectively. The “Other” category came in strong at 22.4%, with an extremely long and diverse list of additional symptoms (too many to mention here). It does seem appropriate to observe that the diversity of symptoms reflects the complexity of this disease. 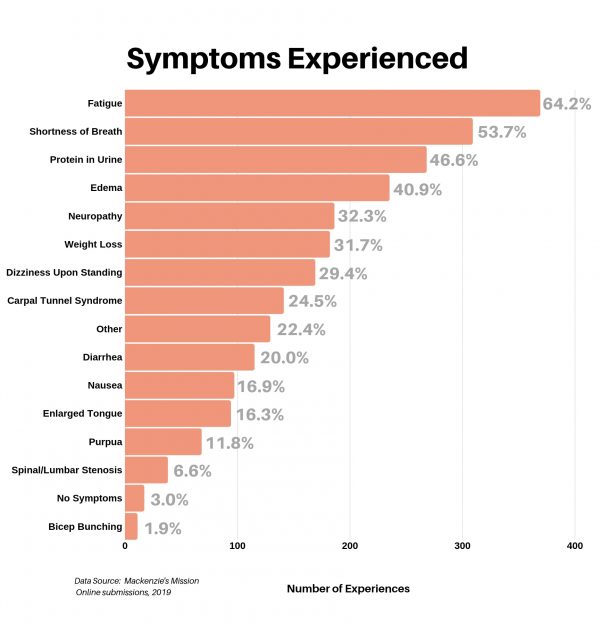 We wanted to better understand how long patients experienced symptoms before they sought medical attention (this is of course with the benefit of 20/20 hindsight). Some 37.6% of respondents sought treatment early, waiting six months or less. However, nearly half — approximately 46% — experienced symptoms anywhere from six months to three years before their first doctors visit. 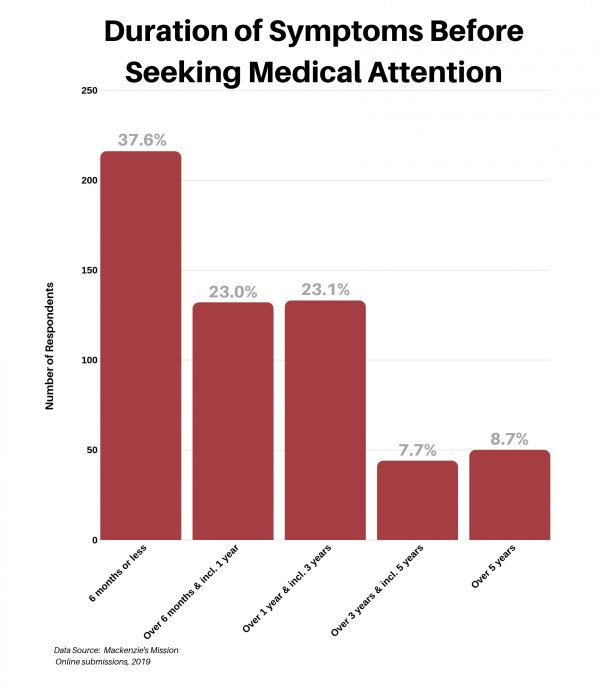 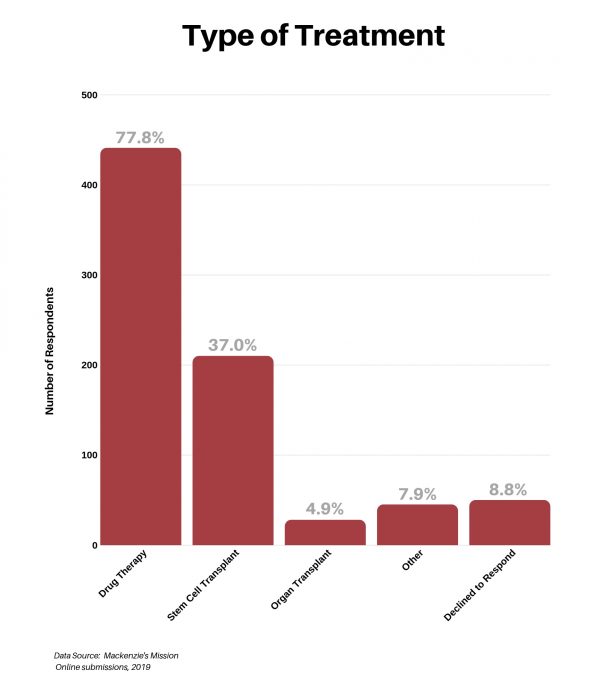 For those who underwent a stem cell transplant, we wanted to understand whether the procedure was done as an inpatient, an outpatient, or as a combination. The majority at 68.5%, for a variety of reasons, were inpatient. 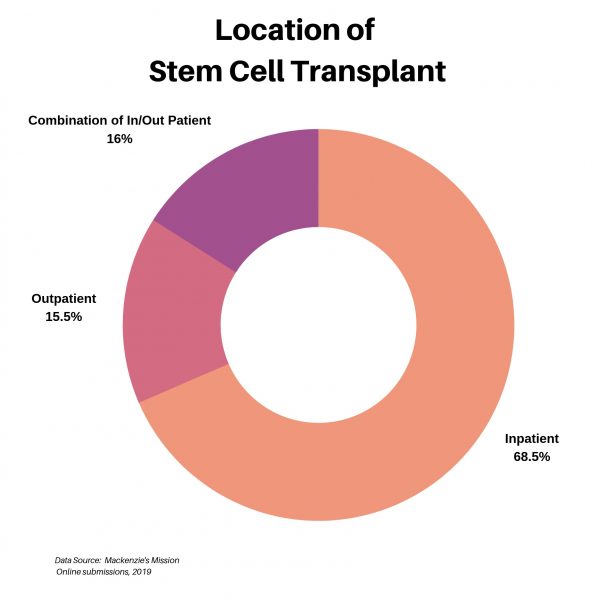 Our next category of questions focused on clinical trials.  Of our 575 respondents, roughly one-quarter have participated in a clinical trial. 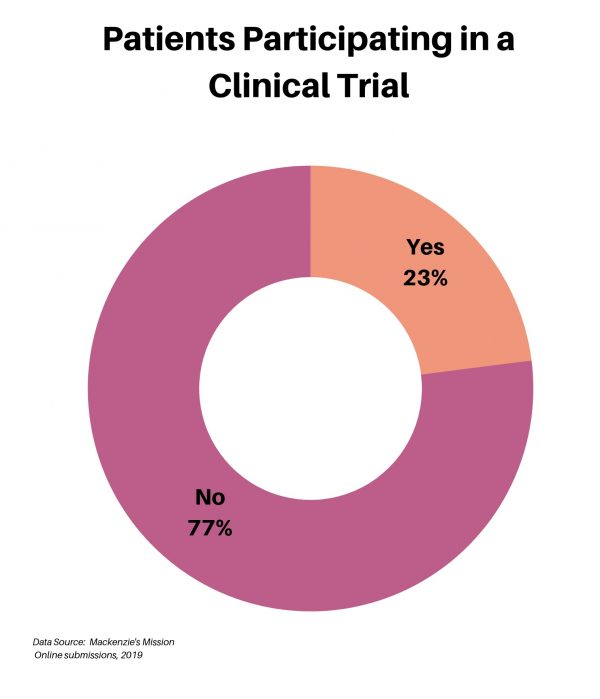 We asked those who participated in a clinical trial which one they were in. You can see below the distribution for the ATTR trials. We did ask a separate question regarding the AL-focused trials, however the data proved to be questionable and thus it was excluded from this recap. 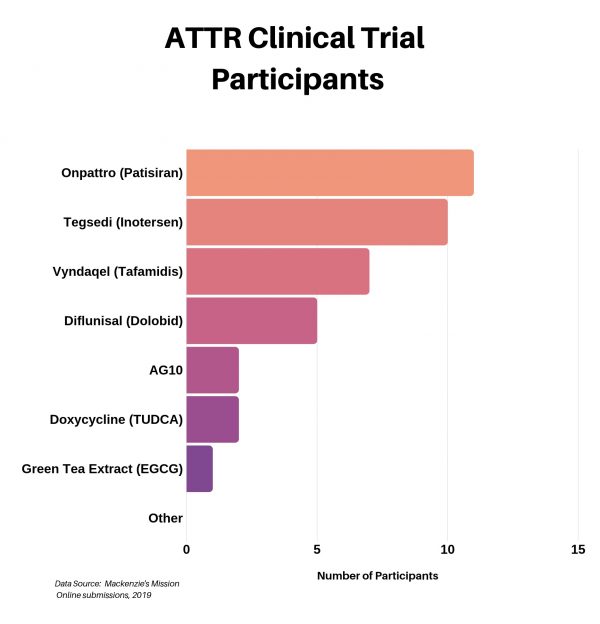 The next question was aimed at the 77% who indicated they did not participate in a clinical trial, seeking to understand why not.  Striking was the number of respondents who declined, for whatever reason, to answer. 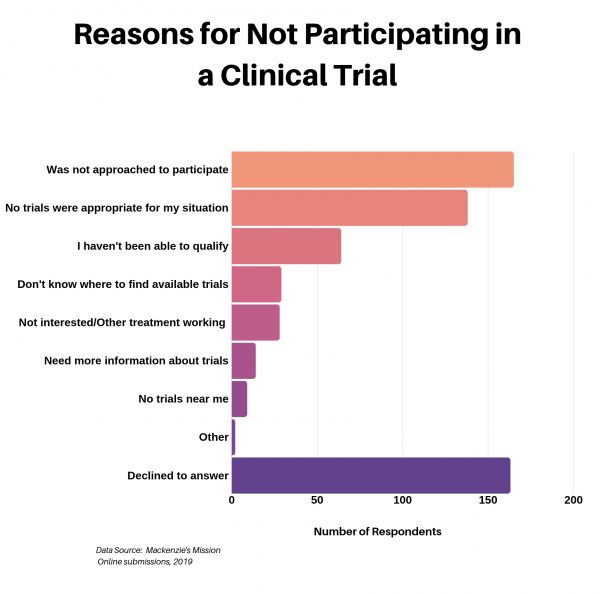 In the next question we asked respondents to provide some insight into how they rated their ability to tolerate treatment, whatever that may be. It was spread out, perhaps due to a wide range of treatments. 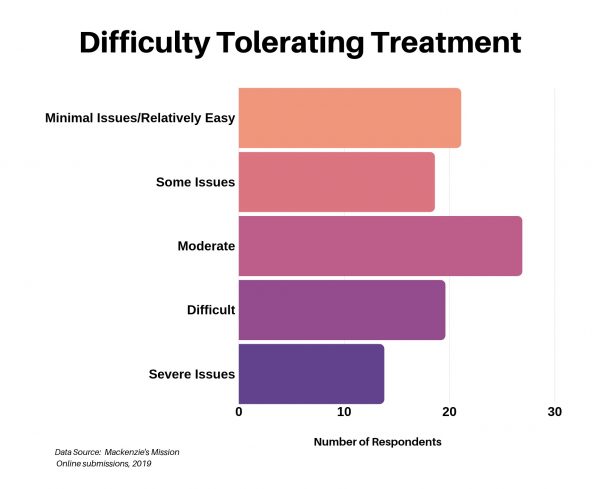 We then asked patients to assess their quality of life before and after treatment. For those that responded, the majority indicated at least a moderate improvement. 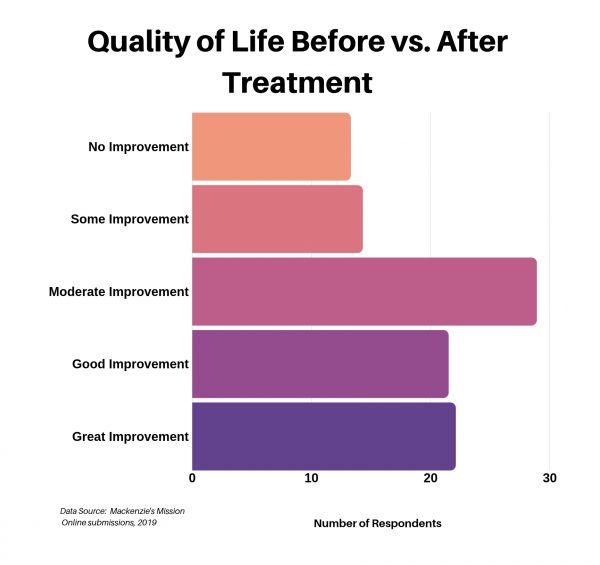 In our next-to-last question we asked the current state of their disease. 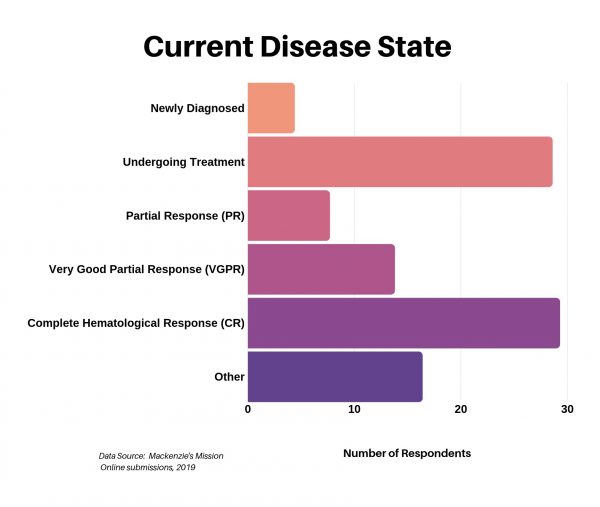 The responses we got from this study reinforce the complexity and diversity of amyloidosis. To each member of this community who stepped forward to answer the questions, we thank you. Gathering information, spreading awareness, and pushing for change leads us on the path to earlier diagnosis and an increase in life-saving research.

One repeating point people mentioned in the last question was a need for more information for doctors and members of the medical community, and for patients and caregivers who are dealing with this disease. If we continue to reach out to doctors, they will recognize the symptoms of amyloidosis and will think to test for it, leading to earlier diagnosis. If we continue to provide patients and caregivers with the most up to date information on treatments, resources, and where they can go for support, we can help arm those who are newly diagnosed. In this way, the sharing of information can be one of our most valuable tools.

Fight on, amyloidosis warriors. Fight on.